Over 37,000 individuals flee in Albay as Mayon unrest continues 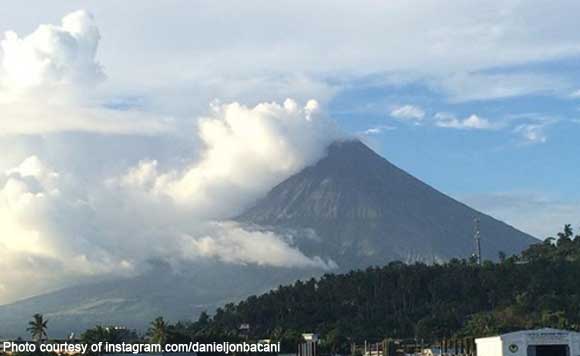 More than 37,000 individuals have fled their homes in Albay as the Mayon Volcano continues to show unrest, according to the latest partial evacuation report issues by the province.

“As Mayon Volcano continues to show unrest, maintaining an Alert Level 3 in the Province of Albay, more families are displaced and the number of evacuees have swollen,” the province said in a report.

The Albay province has also been placed under state of calamity yesterday following the unrest of Mayon and after the Philvolcs raised the alert status of the volcano to Alert Level 3 last Jan. 14.

“Due to the advisory for the raising of Mayon Volcano’s Status from Alert Level 2 (increasing unrest) to Alert Level 3 (increased tendency towards hazardous eruption) last January 14, 2018, and the on-going Mayon Volcano Activity, a Resolution declaring Albay Province under State of Calamity was proclaimed at the SPA session hall..,” the province said.

One of the reasons for such declaration, according to the province, was the rising number of evacuees in the province
“The Calamity fund for the 1st quarter will be used for the affected areas, other LGUs not physically affected by the ash spewing are also advised to used their M/CDRRMC calamity funds for reliefs,” thr province said.