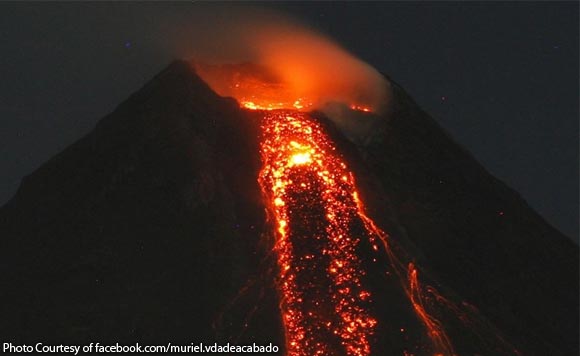 Albay Governor Al Francis Bichara has ordered the suspension of classes today from kindergarten to senior high school in all private and public schools in barangays where evacuation was ordered as the alert status of Mayon Volcano was raised to Alert Level 3.

“All schools not covered in the suspension of classes shall go on with their regular classes. However, they should provide/bring for themselves damp cloth as protection for possible ashfall occurrence,” the order read.

“In view thereof, the PHIVOLCS-DOST is now raising the alert status of Mayon Volcano from Alert Level 2 to Alert Level 3,” the ageny said in a bulletin issued last night.

“This means that Mayon is exhibiting relatively high unrest and that magma is at the crater and that hazardous eruption is possible within weeks or even days,” the bulletin read further.

The Philvolcs also asked the civil aviation authorities to advise pilots not to fly near the volcano’s summit as ash from sudden eruption can be “hazardous” to aircraft.