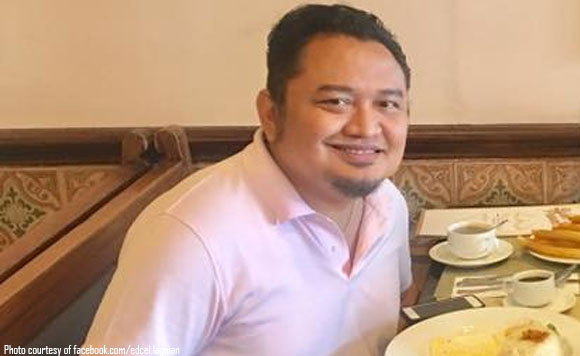 Former Albay Rep. Grex Lagman noted that Trump is doing the opposite if what a leader should do, which is to unite his country and his people.

Citizens aspire for decency, play fair, and justice, but when a President is for vindictiveness and depravity, that crosses the line, said Lagman.

Instead of watching his words which have the power of creating policy, Trump has brought gutter elements to the fore, he said.

He voiced hopes that President Duterte, notwithstanding his penchant for cursing, won’t do a Trump.

As a Filipino, Duterte should be better than Trump, he said.

“All presidents the world over have actually one central task: to unite his country and his people. To deliberately inflict confusion, hate and discord is a sign of weakness. To heal is a sign of strength. To celebrate chaos, to give a premium on vindictiveness and to encourage depravity in governance is to be on the side of a moral red line far removed from what most citizens around the world aspire for–decency, fair play and justice.Presidents should know that what they say IS policy. Sadly, the 45th president of the United States has ushered in the ugly, fringe and gutter elements of their culture into the mainstream discussion.I hope our duly elected president will not follow in his footsteps. I still trust that he won’t. Anyway, he’s a Filipino. He should be better than Trump. By far. God bless the Philippines! 💪🏼 💪🏼 💪🏼,” he posted.