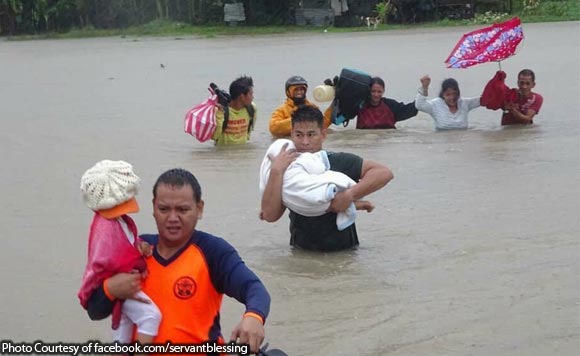 0 517
Share
Want more POLITIKO News? Get the latest newsfeed here. We publish dozens and dozens of politics-only news stories every hour. Click here to get to know more about your politiko - from trivial to crucial. it's our commitment to tell their stories. We follow your favorite POLITIKO like they are rockstars. If you are the politiko, always remember, your side is always our story. Read more. Find out more. Get the latest news here before it spreads on social media. Follow and bookmark this link. https://goo.gl/SvY8Kr

Families severely affected by typhoon “Urduja” during its onslaught early this month get P103.3 million worth of assistance, an official of the National Disaster Risk Reduction Management Council (NDRRMC) said.

Marasigan said 14 areas in Mimaropa and Region VIII were placed under a state of calamity due to the effects of “Urduja”.

Some 810 families or 3,473 persons are still still being aided inside and outside evacuation centers.

The NDRRMC is still validating reports that 47 persons were killed and another 44 were missing during “Urduja’s” onslaught. (PNA)