So much to celebrate in Albay! Former Rep. Grex Lagman shows his hometown some love 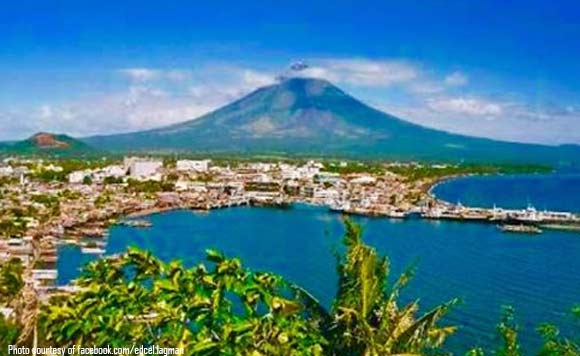 0 765
Share
Want more POLITIKO News? Get the latest newsfeed here. We publish dozens and dozens of politics-only news stories every hour. Click here to get to know more about your politiko - from trivial to crucial. it's our commitment to tell their stories. We follow your favorite POLITIKO like they are rockstars. If you are the politiko, always remember, your side is always our story. Read more. Find out more. Get the latest news here before it spreads on social media. Follow and bookmark this link. https://goo.gl/SvY8Kr

Former Albay Rep. Grex Lagman is feeling the love for his hometown.

On Facebook, Lagman reflected on his past year as a legal consultant for Albay province, and has realized that there is so much to love and celebrate about this place.

According to him, he would never run out of good things to do there, and always sees acts of heroism around him.

These attributes only fuel his desire to do good for the province, he said.

“#AlbayInThisSeasonOfHope… ❤️❤️❤️The greatest lesson I learned this year in my intensive immersion as legal consultant in the whole province of Albay is that there is actually no way I will run out of good things to do and amazing experiences to look forward to.I just had to look around and see little acts of heroism around me in my daily grind. Its effect is cumulative, exponential even. It has surely inspired me to just keep on doing good things for my province. To never stop walking forward. To keep evolving as a man, a son, a father, a brother, a ‘sister’, a lawyer and as a friend. ???Feliz navidad padaba kong Albay… ???Dios an magbalos sa sato gabos…Tzu Doi Bigz, Janet Dequito-Bien Biron, John Louie, Evelyn Rey, Eric Parpan, Edcel Lagman, Gerardo Colarina, Jp Parpan, Sheina Marie Onrubia, Franz Reyes-Ferrer, Rey Bragais, Cielo Krisel Lagman-Luistro, Job, Eric Valeriano, Nha Nuñez, Glenda Ong Bongao, Karina, Larah, Nikki, Nikos, Marco, Socorro Hernandez, Dinky Romano,Herbie Aguas, Abe Cargullo, Cenon Biñas Volante, Sheryl Capus-Bilo, Jaime Villanueva, Thomas Jacob Babu and Andrea, Josh and Kaye, Diego, Edcel, Lexi, Joy PB Abner, and so on and so forth… ???,” he posted.