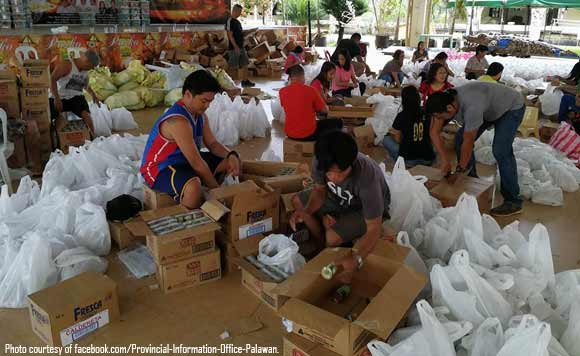 The Palawan provincial government has already kicked off relief efforts for thousands of families who have evacuated due to Tropical Storm Vinta this Christmas season.

Starting December 24, the Provincial Disaster Risk Reduction Management Council (PDRRMC) has already held monitoring and response activity to assist the residents affected by the storm in 11 local government units in the province,

As of yesterday, 11 municipalities have been affected, 2,178 families or 7,289 individuals have already evacuated.

Palawan Rep. Frederick Abueg, meanwhile, has asked netizens for their help to identify and locate the families affected by the typhoon.