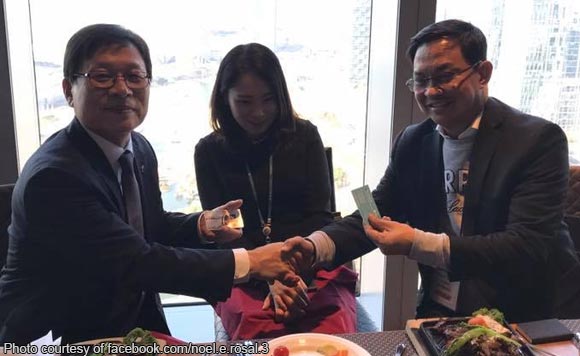 Rosal is currently in South Korea for a United Nations symposium, where he was able to arrange an agreement with Incheon Metropolitan Government.

“Mga kababayan I arranged a sisterhood agreement (between) Incheon city and Legazpi city. They are looking forward for a partnership programs with our city,” Rosal said.

The mayor also called for the support of his constituents to make this agreement materialize considering that Incheon is one of the biggest cities in South Korea.

“Let’s be positive on this, Incheon is now the 3rd biggest city in Korea after Seoul and Busan. It is where the int’l airport of Korea is located,” said Rosal.

The UN symposium, dubbed as “Building Effective, Accountable, Inclusive Institutions and Public Administration for Advancing the 2030 Agenda for Sustainable Development,” kicked off on December 6.