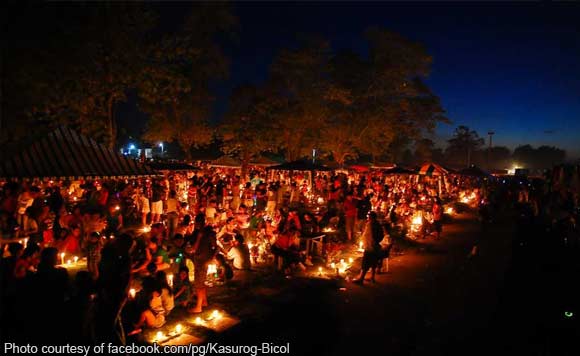 The Philippine National Police (PNP) in Bicol has imposed tight security measures in all cemeteries, churches, transport terminals and major highways for the All Saints’ Day observance on Wednesday.

In an interview, she said cops would be very strict in checking belongings brought by persons when visiting their departed relatives at the cemetery.

“We shall issue advisories to the public containing the standard operating procedures or dos and don’ts with regards to the observance of All Saints Day,” she said.

Hundreds of policemen would be deployed to beef up existing police forces across the six provinces of Bicol, Calubaquib said, noting that the PNP in Bicol will be on full alert status as part of “Oplan Undas.”

Policemen would not be allowed to go on leave and those on leave would be recalled and\ placed on duty during the religious observance.

“The security measure would ensure the safety of all residents and visitors that would be arriving here to observe the All Saints’ Day,” Calubaquib said.

The police assistance centers in various transport terminals will assist incoming and outgoing passengers in the cities of Naga, Legazpi, and Masbate and in Virac town in Catanduanes.

Calubaquib said checkpoints would be set up to assist motorists and visitors from other places.

She said they were closely coordinating with the Department of Transportation (DOTr), DPWH, Philippine Army, Department of Health (DOH) and civic organizations to implement “Oplan Undas” in the six provinces of Bicol.

Calubaquib said the police would also closely coordinate with the Army on the security measures for cell site relay stations and towers in remote villages that have been prone to attacks by the New People’s Army (NPA) guerrillas. (PNA)