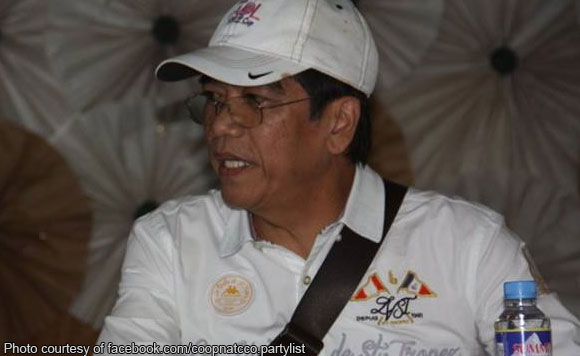 0 822
Share
Want more POLITIKO News? Get the latest newsfeed here. We publish dozens and dozens of politics-only news stories every hour. Click here to get to know more about your politiko - from trivial to crucial. it's our commitment to tell their stories. We follow your favorite POLITIKO like they are rockstars. If you are the politiko, always remember, your side is always our story. Read more. Find out more. Get the latest news here before it spreads on social media. Follow and bookmark this link. https://goo.gl/SvY8Kr

Catanduanes Rep. Cesar Sarmiento, chairman of the House of Representatives committee on transportation, said the Department of Transportation should rationalize public transport routes before launching its modernization program for jeepneys and other public utility vehicles.

“In fact, it is our position that before the government can push through with a PUV modernization program, it must have been able first to rationalize our routes,” he said during the committee hearing.

He clarified that he was not against PUV modernization.

“We are not saying it is wrong. We are supportive of modernization. But what we want to know is if, number one, this is the right solution and, number two, the welfare of our PUV operators and drivers was considered,” he said.

“It appears though that there was lack of communication on the part of the DOTr and LTFRB. Hindi maliwanag ang mga bagay; hence the prevailing confusion. That is why we want to establish here the facts about the PUV modernization program,” Sarmiento said.