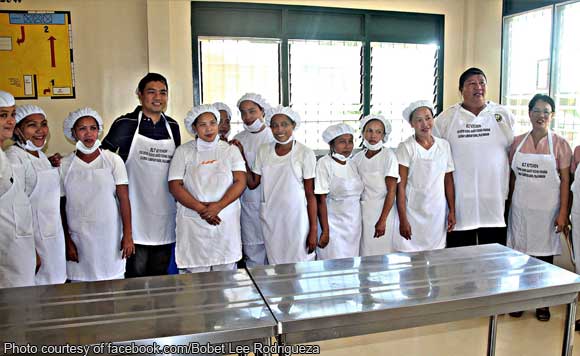 0 532
Share
Want more POLITIKO News? Get the latest newsfeed here. We publish dozens and dozens of politics-only news stories every hour. Click here to get to know more about your politiko - from trivial to crucial. it's our commitment to tell their stories. We follow your favorite POLITIKO like they are rockstars. If you are the politiko, always remember, your side is always our story. Read more. Find out more. Get the latest news here before it spreads on social media. Follow and bookmark this link. https://goo.gl/SvY8Kr

In his Facebook post, he promised to do his best to have a ‘Central Kitchen’ in all schools in Sorsogon. During one of their programs, the governor wore a cook’s attire complete with apron and hairnet! Bagay! He also had a chat with the cooks and volunteers.

“We will do what we can to replicate this in the province,” he said.

So far, only the Calongay Elementary School in Pilar has a school feeding program in Southern Luzon, he said. Around 548 students from 16 schools, meanwhile, are already part of the Busog, Lusog, Talino (BLT) Kitchen for School Feeding, an initiative in line with Deped’s school-based feeding program.