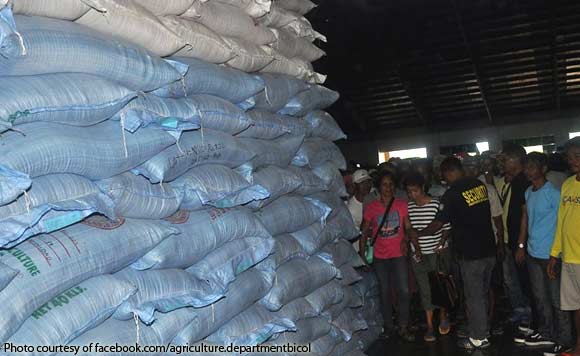 0 529
Share
Want more POLITIKO News? Get the latest newsfeed here. We publish dozens and dozens of politics-only news stories every hour. Click here to get to know more about your politiko - from trivial to crucial. it's our commitment to tell their stories. We follow your favorite POLITIKO like they are rockstars. If you are the politiko, always remember, your side is always our story. Read more. Find out more. Get the latest news here before it spreads on social media. Follow and bookmark this link. https://goo.gl/SvY8Kr

Camarines Sur 2nd district Rep. Gabby Bordado Jr. is prodding his fellow congressmen to conduct a probe in aid of legislation regarding the true state of rice supply in the country.

Bordado is directing his call to the House Committee on Agriculture and Food Security, a Brigada News FM Naga report said Monday (May 29).

It can be recalled that for weeks now, the NFA has been saying that its buffer stock of rice grain is running low.

Bordado, a first-termer in the House of Representatives (HOR), even delivered a privilege speech on the matter after Navarro reached out to him.

According to the congressman, the reported problem on rice supply will be easier to solve if officials have a clear idea of the country’s current rice supply.

One of ways the government could address the supply shortage is through importation.