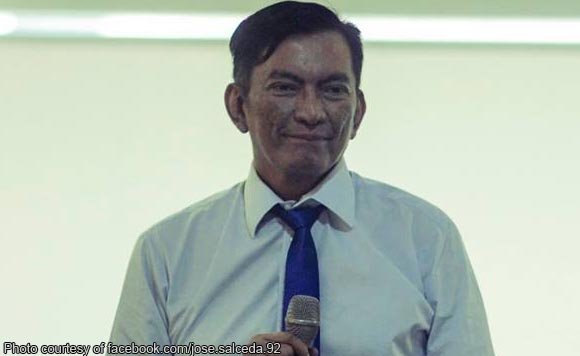 Albay 2nd district Rep. Joey Salceda celebrated Valentine’s Day by giving away half a million worth of cellphone load credits to his Facebook friends.

Calling the activity “Joey’s Happy Hearts,” the politiko gave P100 worth of load to commenters of his Valentine’s Day greeting on the social media website. Ergo, up to 5,000 Facebook friends were given this “Hearts’ Day gift.”

Scratched up load cards were sent to the “winners” via Facebook messenger. Needless to say, Cong Joey was flooded with responses on his particular post, causing the messenger app to sense that something was amiss.

“Nagcrash po ang Messenger ko. I’m so sorry, but FB has blocked my messenger for sending out the loads, treating it as spamming,” he wrote.

Not one to disappoint his friends, former longtime Albay governor made adjustments just so he could dispense with all of his “prizes.”

“The comments are overwhelming, around 12,000+ already, and but it shows only up to 3000 comments which I am serving right now through my staff FB accts to send out the loads.

In the end, the potiliko was able to make a bunch of his online pals happy with a simple gesture, all in the name of Valentine’s Day. #