Albay under State of Imminent Disaster as ‘Nina’ approaches 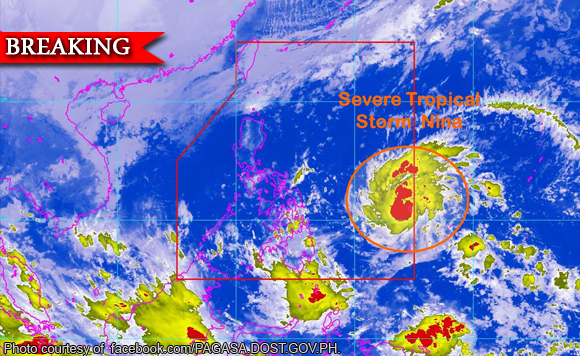 The province of Albay has been placed under a State of Imminent Disaster in the face of typhoon “Nina”, which is expected to make landfall in the Bicol region on Christmas weekend.

The resolution’s purpose is primary to prepare for the next logical step, which is the declaration of a State of Calamity.

This will give the Local Disaster Risk Reduction and Management Council (LDRRMC) greater access to funds that may be needed as the provincial government responds to the needs of its people.

“Upon submission of the mobilization and evacuation report by tomorrow or Sunday, the SPA will elevate the Resolution No. 254-2016 to a state of calamity in order for the LDRRMCs to fully utilize the 30% of the LDRRMF Quick Response Fund (QRF) during the disaster response phase.

“Governor Bichara mandates that this is for strict compliance,” the post further read.

On Thursday, Bichara called for a meeting specifically to ensure preparedness for the upcoming storm.

During the meeting, the Sangguniang Panlalawigan of Albay headed by Vice Governor Harold Imperial bared that they are ready to declare a State of Calamity if the situation warrants it.