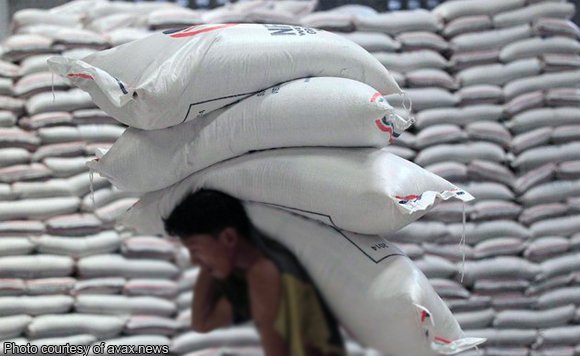 0 424
Share
Want more POLITIKO News? Get the latest newsfeed here. We publish dozens and dozens of politics-only news stories every hour. Click here to get to know more about your politiko - from trivial to crucial. it's our commitment to tell their stories. We follow your favorite POLITIKO like they are rockstars. If you are the politiko, always remember, your side is always our story. Read more. Find out more. Get the latest news here before it spreads on social media. Follow and bookmark this link. https://goo.gl/SvY8Kr

The city government of Tabaco in Albay was scolded by state auditors for its poor distribution and prepositioning of sacks of rice for typhoon victims in 2015.

In a 2016 report, the Commission on Audit (COA) said the city government purchased 1,000 bags of rice worth P1.5 million from the National Food Authority (NFA) for the propositioning of goods in case of disaster. The purchases were charged to the 70 percent Disaster Risk Reduction and Management Fund.

In Dec. 2015, the City Social Welfare and Development Officer (CSWDO) requested for the withdrawal of 700 bags of NFA rice intended for the distribution of evacuees at the onslaught of Typhoon Nona, which hit Albay on Dec. 14, 2015.

But auditors said only 486 bags were distributed to the evacuees, leaving the remaining 214 bags stockpiled.

The auditors were told the undistributed bags of rice were due to the following: only 43 of 47 barangays submitted a master list of evacuees; double entries and irregularities on the reports compelled the CSWDO to trim down the allocation for some barangays.

The official also said the barangays were no longer interested in getting the remaining bags of rice.

The remaining 214 sacks of rice were stored in a storage area not suitable for safekeeping of relief goods, the auditors added.

The auditors scored the city government’s failure to safely secure the sacks of rice to prevent these from spoilage, and its inadequate control in the distribution of the relief goods.

“The foregoing practice is a manifestation of inadequate control in the requisition for withdrawal from the prepositioned goods,” the auditors said.

“The undistributed/overstocked goods that could lead to spoilage of goods exposed government resources to potential loss or wastage,” the auditors added.

The COA urged the city mayor Cielo Krisel Lagman-Luistro to consider the availability and absorption capacity, as well as the condition of the warehousing facility and the shelf life of the goods to prevent overstocking and expiration of the relief goods.

The COA also recommended the observance of proper procurement requisitioning plan and monitoring, and the use of a complete database of beneficiaries.

The management vowed to implement the audit recommendations and exert extra effort in crafting an updated list or database of beneficiaries.