Gujab! Lagman credits Duterte for saying ‘No’ to China on joint deal in WPS 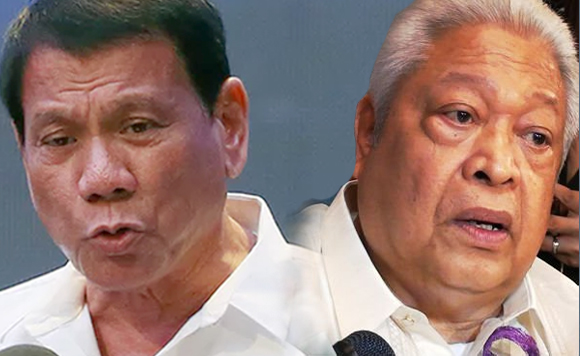 The vocal administration critic said: ‎”The President’s refusal to forge a joint exploration deal was the closest to any invocation of the United Nation arbitrary decision recognizing Philippine sovereignty in most of the disputed islands and waters in the West Philippine Sea.”

In a statement, Lagman said Duterte has no power to enter into such joint agreement without a congressional authorization, which the Congress in the first place, has no right to grant since any authorization would violate the Constitution and derogate Philippine sovereignty.

Lagman said the President took of Supreme Court Justice Antonio Carpio’s opinion that if the President would ink such deal, he would commit a culpable violation of the Constitution and he could face impeachment.

Section 2 of Article XII of the Constitution on national economy and patrimony that provides that “The State shall protect the nation’s marine wealth and its archipelagic waters, territorial sea and exclusive economic zone and reserve its use and enjoyment exclusively to Filipino citizens.”

The President’s desistance was a rejection of the call for a similar joint exploration from former President Gloria Macapagal-Arroyo, now Representative of the 2nd District of Pampanga, and her allies.

Then President Arroyo’s administration signed in 2005 a joint exploration deal between the Philippines, China and Vietnam called the Joint Marine Seismic Undertaking (JMSU) on islands located within the Philippines’ 200 nautical miles exclusive economic zone (EEZ), which was not renewed when it expired in 2008 because of opposition that it transgressed Philippine sovereignty.