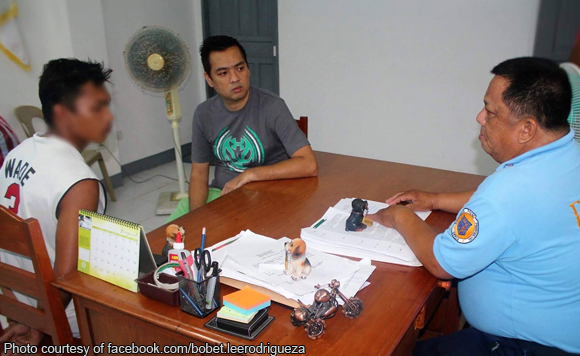 Sorsogon Governor Robert Lee Rodrigueza announced over Facebook Sunday (October 2) the arrest of the man who allegedly raped a four-year-old girl over two weeks ago in Barangay Tiris, Gubat.

The suspect, who the politiko did not identify, was presented to him by SPO4 Namie V. Moreno Saturday. Guv Bobet said the alleged rapist is now temporarily detained at Gubat Municipal Police Station.

A charge of statutory rape has also been filed against the suspect.

Rodrigueza, who is the chief of the Sorsogon Provincial Anti-Drug, Criminality and Corruption Council (SPADACCC), earlier formed a task force aimed at bringing the child rapist to justice.

The provincial government also gave assistance to the family of the victim, who had to be hospitalized after the incident due to bleeding. The suspect was reportedly their neighbor. #