Katakot! Lagman tells why revival of Philippine Constabulary must be feared 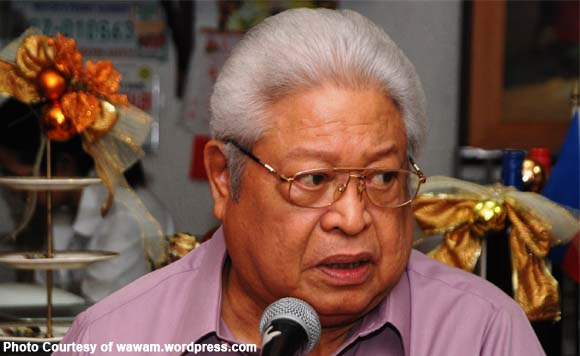 0 494
Share
Want more POLITIKO News? Get the latest newsfeed here. We publish dozens and dozens of politics-only news stories every hour. Click here to get to know more about your politiko - from trivial to crucial. it's our commitment to tell their stories. We follow your favorite POLITIKO like they are rockstars. If you are the politiko, always remember, your side is always our story. Read more. Find out more. Get the latest news here before it spreads on social media. Follow and bookmark this link. https://goo.gl/SvY8Kr

Albay Rep. Edcel Lagman on Tuesday shuddered at the thought of the possible return of the Philippine Constabulary (PC) under the Duterte administration.

So aghast was the veteran politiko he drew comparisons between the PC and a feared Nazi secret police that sowed terror in Europe during World War II.

“Many critics of the PC at that time said it was the Gestapo of the Martial Law regime,” Lagman said in a press conference Tuesday, September 27.

He said that the PC earned this reputation no thanks to its grim activities when former strongman Ferdinand Marcos was still in power.

“The PC was used by Marcos to implement the Martial Law policies. The PC was instrumentality which arrested, detained, tortured, forcibly disappeared the perceived enemies of the state during that time,” said Lagman, who is part of the House “legitimate” Minority.