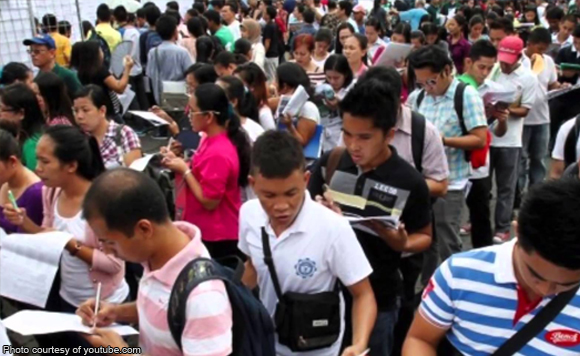 0 813
Share
Want more POLITIKO News? Get the latest newsfeed here. We publish dozens and dozens of politics-only news stories every hour. Click here to get to know more about your politiko - from trivial to crucial. it's our commitment to tell their stories. We follow your favorite POLITIKO like they are rockstars. If you are the politiko, always remember, your side is always our story. Read more. Find out more. Get the latest news here before it spreads on social media. Follow and bookmark this link. https://goo.gl/SvY8Kr

Aside from this, Department of Labor and Employment (DOLE) Bicol OIC-Regional Director Ma. Karina Perida-Trayvilla also boasted that the region achieved the second-lowest unemployment rate in the country at 3.8 percent.

“[This is] indeed a boost to our efforts in helping generate jobs and assisting in creating employment opportunities,” the local DOLE office was quoted as saying in a Bicol Standard report.

Based on the PSA survey, some 3.7 million Bicolanos aged 15 years old and above were part of the labor force in the region. The number represents 67 percent of the entire labor force in Bicol.

“This figure has gone up by at least two notches from 65.3 percent from last year’s LFPR,” Trayvilla said.